There are many things that have made Tiger Woods one of the very best players in the history of the game. He has an incredible short game, an accurate iron game, tremendous imagination, and a legendary ability to focus and handle pressure down the stretch of big tournaments. He also has something else that helps him stand out when it comes to the average golf fans impression – 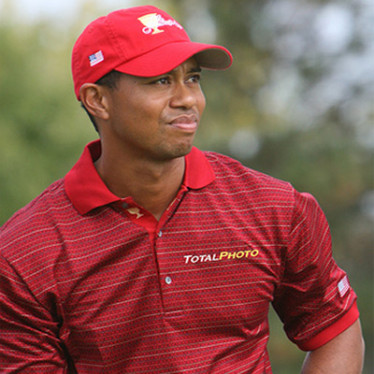 Tiger Woods is not driving it as far as he could during tournaments for a reason.

In his prime, watching Tiger Woods’ hit a golf ball was unlike anything else in the sport. He could unleash his power at just the right time, and smash the ball incredible distances. Whether he was pounding his driver down the fairway, or hitting the two iron ‘stinger’ for control, the power that Tiger exhibited was truly something to behold.

He could generate that power because of a number of elements. Those could be said to include –

In the 2013 season, Tiger Woods’ swing speed on the PGA Tour was officially an average of 118.30 miles per hour. His highest individual measurement came in at 121.51, with the lowest at 115.13. It is important to remember, however, that there is a good chance Tiger Woods’ swing speed can be much faster through whenever he wants to. While playing on Tour, Tiger is more concerned with the outcome on the scorecard than impressing with high swing speed numbers. He is probably not going full out on every swing, and that is reflected in these stats.

It is interesting to see how these numbers have changed over time. Looking back to 2007, the first year the PGA Tour kept swing speed numbers, Tiger Woods’ swing speed could be found on top of the leaderboard. That year, his average was 122.99, above long hitters like John Daly and Bubba Watson. His fastest swing was measured at an incredible 127.08, and the slowest at 114.76. Clearly, Tiger’s swing has slowed over the last few seasons.

Is this a sign that Tiger Woods’ swing speed is not as fast as it once was? Not necessarily. There is a good chance that the slowing of Tiger Woods’ swing speed numbers has as much to do with strategy and decision making than it does with losing power. The competition on the PGA Tour has never been stiffer, and keeping the ball on the short grass is crucial to making birdies and winning tournaments. It doesn’t do Tiger any good to play from the rough in an effort to hit is as far as he can, and he surely knows that. By exercising some control over his swing, and losing a few MPH’s as a result, Tiger is likely making a conscious decision to optimize his game.

At the end of the day, there is only one thing that pays the bills on Tour – low scores. Bombing it off the tee is great fun, but they don’t give trophies to the guys with the longest drives. Tiger Woods remains one of the most powerful golfers in the game, and despite dropping a few miles per hour in the stats over the last few years, can still bomb the ball out there with the best of them.

If you liked this article and you think it would help another golfer, please like it.