The Open Championship and Pursuing Dreams

As I mentioned last month and in this month’s intro, I had recently been getting in some play and practice to get ready for The Open Championship qualifying.

This particular Open Championship had special meaning and I really wanted to get in for a couple of reasons. 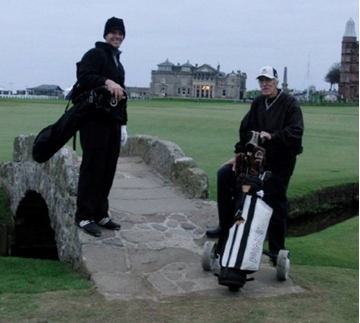 First, my Dad is now 70 and has had a couple of bouts with cancer. Fortunately, he got through it and his health returned enough to a level where he and I were able to meet in Scotland to play The Old Course in St. Andrews. It was a special thing to share together. Not only was it a dream of his to play the course but it was also actually his first time out of North America.

I thought if I advanced through qualifying, he and I could go back to The Old Course again…but this time with me playing in The Open.

Second, part of the reason I decided to quit my corporate job and pursue a golf career, despite being a 27 year old 14-handicapper at the time, was because I didn’t want to be 40, look back, and wonder “What if?”. This coming January I’ll be turning 40, so I really liked the idea of playing in The Open this year.

Unfortunately, things didn’t go as expected in the qualifier and I missed the cut.

It was just one of those days where everything…

Read the rest of what Jaacob has to say about The Open Championship and Pursuing Dreams in the July 2015 Monthly Handicap Improver here:
https://www.swingmangolf.com/register.php